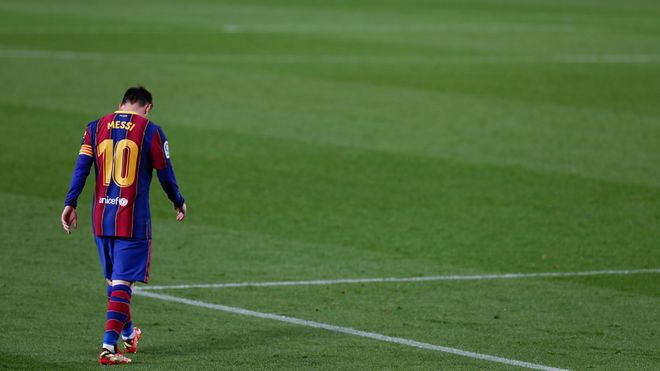 Leo Messi will not renew for FC Barcelona. Everything pointed to the Argentine international continuing to wear Blaugrana, but this Thursday's summit between the president, Joan Laporta, and the sports vice president, Rafa Yuste, with the footballer's father, Jorge Messi, has concluded with a statement from Barça in the one that the Blaugrana entity announces the impossibility of being able to register the striker.

The club has explained the reasons why it cannot assume the renewal of Leo Messi. The main one is that in the current economic situation and with the current legislation, it cannot register you. The statement reveals that the Argentine will leave Barça after 20 years defending the Blaugrana shirt from the lower categories.

The economic injection that arrived in the last hours with the agreement that LaLiga signed with the CVC investment fund has not been enough to fit the continuity of Leo Messi.

The FC Barcelona statement refers to "economic and structural obstacles", suggesting that the regulations imposed by LaLiga have prevented certifying the agreement reached with the footballer, after many efforts on the part of both parties.

The departure of Lionel Messi represents a radical change in the season planning that Barça was carrying out. Among other things, because the salary mass will be reduced substantially without the high record that the former Blaugrana player received.