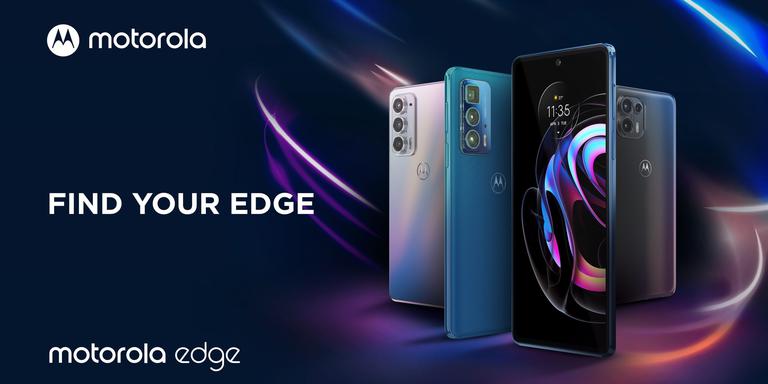 After several filtrations, Motorola has officially presented the new Edge 20 smartphones, Edge 20 Pro and Edge 20 Lite. The company is dispatched with three new mobiles that share several of their most important characteristics, but differ enough to adapt to different types of pocket.

First, it is worth noting that the three devices arrive with A 6.7-inch OLED FHD + screen. The novelty is that the Motorola Edge 20 and Edge 20 Pro offer for the first time a refresh rate of 144 Hz. In fact, the manufacturer ensures that they are the first models to reach the mass market with this characteristic.

On the other hand, the Edge 20 Lite provides an -while-despactiable-refresh rate of 90 Hz. Not bad, taking into account that it is the most limited variant of the three in terms of hardware. However, it also has a couple of important points in comparison with the other members of the family: the size and duration of the battery. But this topic will be expanded later.

Another aspect to highlight is the photo and video section, since smartphones arrive with a triple camera setting very similar to each other. The new Motorola phones stand out for integrating a main sensor of 108 megapixels, equipped with ultra pixel technology; As a result, the sensitivity to light can be improved up to nine times, allowing better photographs in low-light environments.

In addition, Edge 20 Pro is the first Motorola phone that presents a Telete lens style periscope. Due to this incorporation, the mobile provides greater clarity from a distance five times higher, according to the manufacturer. On the other hand, this model is the only one of the three capable of recording video in 8K to 24 frames per second, and 4k at 30 or 60 fps. Meanwhile, the Edge 20 and the Edge 20 Lite can capture clips up to 4K (30 fps).

Below we share with you the comparison of the most important technical specifications of these new smartphones:

As we mentioned earlier, the Motorola Edge 20 Lite presumes the larger battery and duration: it is 5,000 mAh and promises two days of autonomy with only one load. In addition, you can add an extra day of use with a 10 minute recharge using the 30W Turbo Power charger included.

However, the other two variants are not left behind. If we see the case of the Edge 20 PRO, with 4,500 MAH, it offers more than 30 hours of continuous use connected to a 5G network. Autonomy can also stretch another 9 hours with 10 minutes of recharge. Finally, the Edge 20 ensures energy for more than one day thanks to its 4,000 MAH battery, being able to add another 8 hours of operation with a brief load.

The three new Motorola smartphones arrive with IP52 certification , so they are resistant to water. In addition, they support the Ready For technology, so that they can be wirelessly connected to a computer or larger screens.

Android 11 is the operating system chosen by Motorola for the new family of Edge 20 smartphones. This, since the company is committed to providing the most pure experience possible. While it is not about the stock version of the software, it is almost completely released from the additions that are generally only used to subtract storage space and performance.

Vale, anyway, that My UX It is present at the Motorola Edge 20, Edge 20 Pro and Edge 20 Lite. Thanks to this utility, specific actions can be configured through gestures, and an endless options are offered to customize sources, color schemes and icon formats.

While a launch date has not been mentioned Specific, Motorola ensures that your mobiles will arrive at the market "in coming weeks", and will cover an interesting price range. The Edge 20 LITE will be sold for US $ 349.99, the Edge 20 for US $ 499.99 (available exclusively on the Motorola website), and the Edge 20 PRO for US $ 699,99.