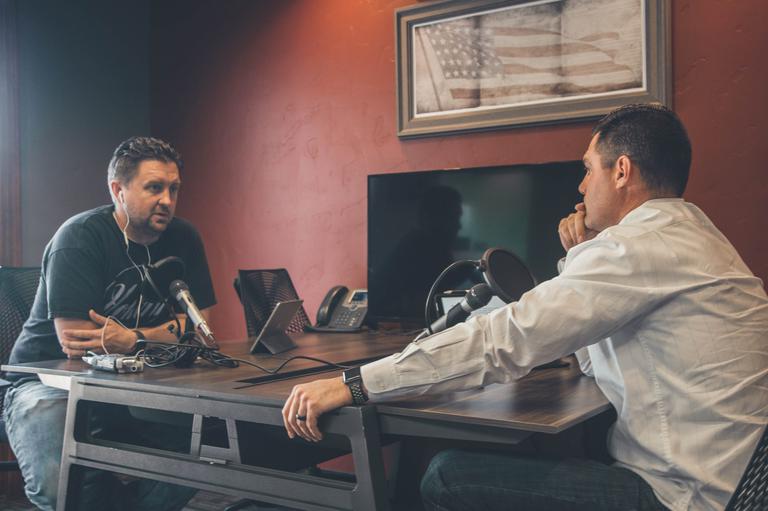 Spotify has made a very strong bet on podcasts and the results are in sight. The Streaming Platform has an increasingly broad catalog and exclusive productions that reach the 365 million users who have around the world. However, not everything is pink color.

Some podcasts available in Spotify have generated controversy when treating sensitive issues such as politics, sexual harassment and COVID-19 pandemic. However, Daniel EK, co-founder and CEO of Spotify, does not believe that his company has editorial responsibility on what is said in his podcasts.

The Swedish businessman addressed the theme in an interview with Axios, in the He provided his opinion on the present and the future of podcasts. When consulted whether Spotify should intervene in cases where the content of the podcasts is controversial, he was contrary to the possibility. As a striking data, he made a direct comparison with rap.

"We also have many very well-paid rappers in Spotify, who win tens of millions of dollars, but no more, each year. And we do not dictate what They put in their songs, "said Ek. In this way, the executive banished the possibility of installing a line down to the approach of the most controversial topics.

One of the notorious cases of the controversy that can cause Spotify podcasts is the one by The Joe Rogan Experience. This title added to the service in September 2020 and is now exclusive to the platform. Since his landing on Spotify, he became the most heard and was already a reason for several reviews.

Joe Rogan podcast was famous long before arriving at Spotify. The variety of topics treated and the long list of personality interviewed rapidly converted him into a favorite of the public, especially in the United States. By the program, ELON Musk, Robert Downey Jr., Miley Cirus, Marques Brownlee and Jon Stewart, have passed, among many others.

However, it has also been a motive of stir when summoning figures discussed as Alex Jones , Acérimo Defender of Donald Trump and a regular disinformation disseminator on the Covid-19. Even Rogan himself was in the eye of the storm when he was contrary to vaccination in "young and healthy people". While then he retracted, the said initials of him were very criticized.

But this is not all. When The Joe Rogan Experience joined the catalog of Spotify podcasts, the employees of the Streaming service expressed concern. As the Wall Street Journal published at the time, the discontent occurred because they considered that certain materials treated in the program were anti-transgeneur.

Daniel EK statements regarding Spotify's editorial responsibility in relation to podcasts leave a lot of cloth to cut. On the one hand, it is true that the Streaming service is not responsible for the content of third-party songs up to the platform. But by the other it is also real that, within the same Spotify, the podcasts have a business model very different from the music.

At present, the Streaming service does not monetize podcasters based on the number of reproductions of their episodes, as it does occurs with musical artists. In fact, in cases like The Joe Rogan Experience, Spotify has paid exorbitant sums of money to earn its exclusivity. The multi-year contract of the platform with Joe Rogan was nothing less than 100 million dollars. The question that is generated, then, is as follows: If the music and podcasts have different businesses within the same platform, responsibility for them should also be different?

is how it is, to Future Spotify aims to be a master and lord of podcasts, and seems to have found the way to try. In the recent presentation of the financial results of the second quarter of 2021, the company highlighted the great growth of The Ringer's sports podcasts, and also remarked that Joe Rogan's show has worked "above expectations".