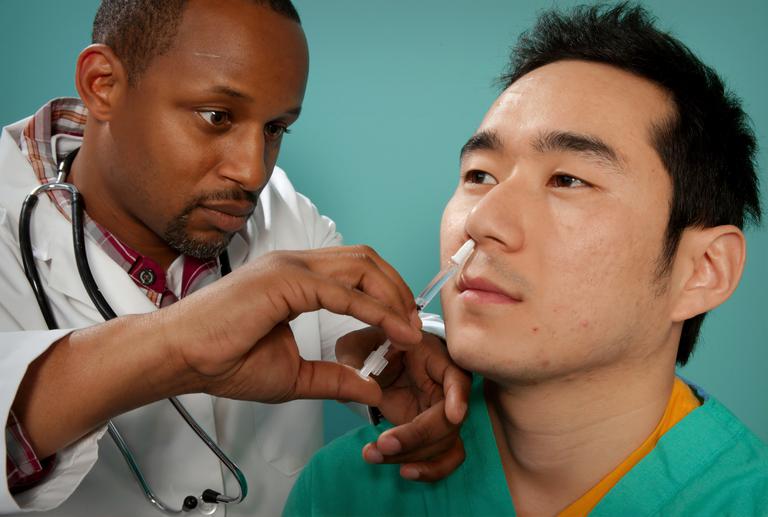 If AstraZeneca was administered as an intranasal vaccine, it could greatly reduce the contagion capacity of vaccinated patients. This is the conclusion of a study published in Science Translational Medicine by a team of scientists from the United Kingdom and the United States.

In it, they use this new route of administration in hamsters and monkeys, so not yet You can know if it would be applicable to humans. Its objective was to check if it was thus reducing viral detachment or, what is the same, the viral load that an infected individual free to cough, talk or breathe, for example. Of course, the monkeys and hamsters do not speak, this would only apply to people.

The results obtained in this study with the Astrazeneca vaccine were very positive, because that load was significantly reduced. We are checking that the contagions in people with a full guideline of the coreavirus vaccines is a reality. What is not so clear is what level they contagiate other people. Now, we know that, with an intranasal vaccine, the chances that this happened would be even lower.

The biggest advantage of an intranasal vaccine against coronavirus or any other respiratory pathogen is that it begins to combat it from its Same entry door.

When administered by the nose, a greater immune response is generated in the respiratory mucosa, so that the virus progress does not wait for the defensive battle of the organism. From the entrance, it would be with the first obstacles.

That would be something especially useful to avoid contagions. Throughout the pandemic we have known that it is possible that the people who have already passed the infection, and even vaccinated, can infect the virus even if they do not get sick. This should why viral particles in their respiratory mucus have not yet faced the immune system and they could spread other people. But if that confrontation begins in the nose, the thing changes.

The vast majority of coreavirus vaccines that are already being administered or that are still under development are of intramuscular administration. But we also have some intranasal vaccine options. There are currently seven in phase 1 of clinical trials with humans. Others, such as the one that is developing the CSIC in Spain, are a small step behind, recruiting volunteers to begin said trials.

Currently there are seven intranasal vaccines in phase 1 clinical trials

Therefore, there is still a lot so that we can have any of them. It is for this reason that the authors of the study who has just published thought that it could be interesting to change the administration form of an already approved vaccine, specifically that of AstraZeneca.

proceeded to administer it as an intranasal vaccine to hamsters and monkeys and, once the time has passed so that immunity was generated, they made a nasal swing and a PCR. They saw that the viral burden on the nose was much lower than in the animals that had received the normal form of administration. This also supposed a lower detachment. Having less viral load on the nose, the animals released less particles of the virus in breathing, for example.

Right now the Delta variant has become the greatest concern in many countries, because they are generating large sprouts of Covid-19. This is because it is very contagious and is transmitted with a much greater viral load. Vaccines play a very important role to try to reduce this load and, if it is from the nose, better than better.

Of course, that the intranasal vaccine has worked on hamsters and monkeys does not mean that it can be administered Thus to humans. However, being that of Astrazeneca one of the coreavirus vaccines that have already been approved, clinical trials could be faster than with vaccines that are still in phase 1.

will have to see it. At the moment, the puncture on the arm and maintenance of security measures remain our only weapons. They are very powerful, but we must learn to use them. A great power involves great responsibility.