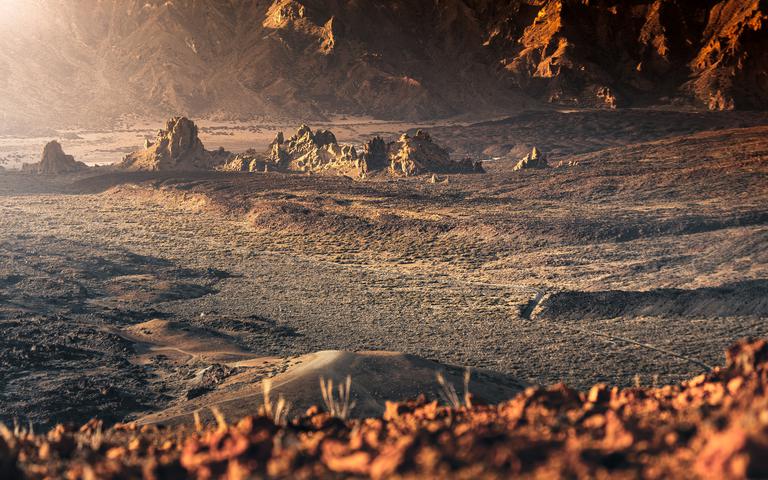 If there is water on Mars is one of the great unknowns that we now try to decipher. We know there was water on the surface at some point because it has left its grooves. And for years, scientists think that there may be a network of underground water lakes on Mars. However, from the beginning the researchers hesitated that it could be like that. And, now, a new research puts name to what is that is frozen under the surface of the red planet. But it is not water.

The data has been collected with Mars Express, a probe of the European Space Agency (ESA, for its acronym in English) that orbit the planet. Coupled to this VA Marsis, another satellite that has collected data on the possible networks of water lakes on Mars. And they seem to show brilliant spots that, now, researchers believe that it could be frozen clay, they indicate to Sciencealert. More concretely: hydrated aluminum silicates or memectite minerals.

"to date, all the previous works could only suggest the existence of holes in The argument of the lakes. We are the first work that shows that another material is the most likely cause of observations, "says Isaac Smith, a planetary scientist at the Institute of Planetary Sciences and the University of York, in Canada. "Now, our work offers the first plausible alternative hypothesis, and considerably more likely, to explain Marsis's observations."

Marsis's observations pointed out that under the southern polar cap of the red planet could be a lake Underground. Afterwards, other zones were added to that possibility. And they thought that, perhaps, it was possible that there was a network of lakes with water frozen on Mars. But there was a problem that makes it difficult for Mars to be paradise with water that some were waiting for. And it is that the planet is very, very cold. That cold, the researchers explain that now talk about other options, it makes it difficult for what is there is water.

And what's there? For Smith and his team there is a possible solution: "Solid clays frozen at cryogenic temperatures can produce the reflections. Our study combined theoretical modeling with laboratory measurements and remote sensing observations," says the researcher.

In addition, the smectitakes are not rare on Mars. In fact, 50% of its surface is formed by them, "with a greater concentration in the southern hemisphere, particularly in the highlands of the south". Moreover, even curiosity has examined some deposits of these minerals.

To know if your hypothesis could be good, Smith and her team frozen -43 degrees calcium-montmorillonite clay, which abounds on Mars, for To be able to check if the measurements of your dielectric permittage, the property that captures Marsis, coincided with the results of the probe. And so it has been, so now they are more convinced that your hypothesis is true.

but we do not rush. And is that the results of Mars Insight, the mission of NASA that measures the vital constants of the planet, indicate that there could be geological and volcanic activity on Mars. This means that if the red planet is hot inside, it could be water after all. But we still can not give confirmed the first signs of NASA's mission. For this reason, we will have to wait a little more to know if there is water under the surface of Mars.

However, to better understand what happens with water in Mars, either in underground lakes of water or something else, there is still a lot of work to be done. That is why it is so important that new missions are sent to the red planet and that those who are already there continue to work in search of an answer.