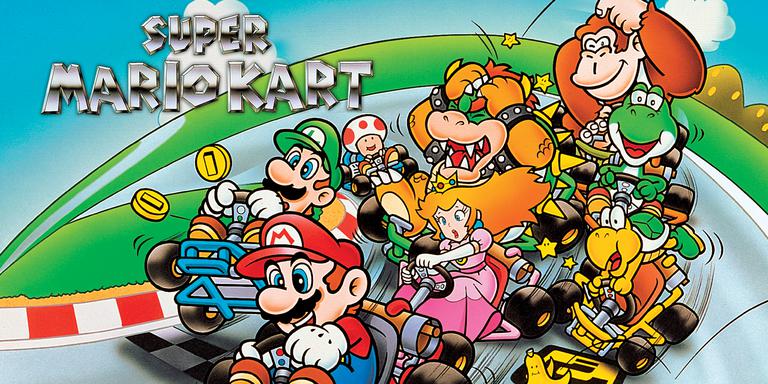 Nintendo fans and retro videogames are happy. A restored prototype of Super Mario Kart has come to light in recent days, thanks to the work done by a modder. It is an initial version of the mythical title for Super Nintendo, compiled 9 months before its official launch. The peculiar data is that it presents unpublished features that never reached the public or did it years later, in subsequent versions of the game.

According to VGC publisher, this development edition of Super Mario Kart was originally known by a filtration occurred in Nintendo in mid-2020. However, the game was impossible to execute. This is how it appears on stage MRL314, a self-informed "Super Mario Kart hacker", who took over to repair the video game and make it available to the Gamer community. In this way, several of the characteristics of this title that had remained hidden by practically 30 years.

The prototype of Super Mario Kart in question was compiled on November 7, 1991. If we consider the game He went on sale in Japan on August 27, 1992, we find a variant in full development of this title, which would later become one of the most successful SNES.

! BY FIRST TO REMARK IS THAT THE PROTOTYPE OF SUPER MARIO KART released by MRL314 includes a circuit editor never seen before. As the Modder explained, this utility allowed developers to work directly at the Super Nintendo. In this way, the changes made with the editor were stored in the built-in Sram memory in the cartridge, and then test them within the video game.

This initial version also includes some circuits that were not in the final version of the Game, as well as more variants of battle mode (Battle Mode). But, undoubtedly, the most striking is that it presents some characteristics that did not exceed the development stage in Super Mario Kart, but they did appear in subsequent versions of the title.

such is the case of the lateral graph that shows changes in real-time positions; This function was used years later in Mario Kart 64. You can also see multiple camera angles, including a map view very similar to the one that was implemented in Mario Kart Ds.

MRL314 has published an article With a lot of content related to the discoveries made at the prototype of Super Mario Kart. In this link you can see each of them and some comparisons between the developing version and the final game.

A very important point to keep in mind is that the Modder has not published a ROM of the restored prototype of Super Mario Kart. Each user who wishes to prove it must obtain the development version of the game and repair it by the account of it, using the files and instructions presented by MRL314. In addition, the ROM repaired can only be executed with the BSNES emulator.