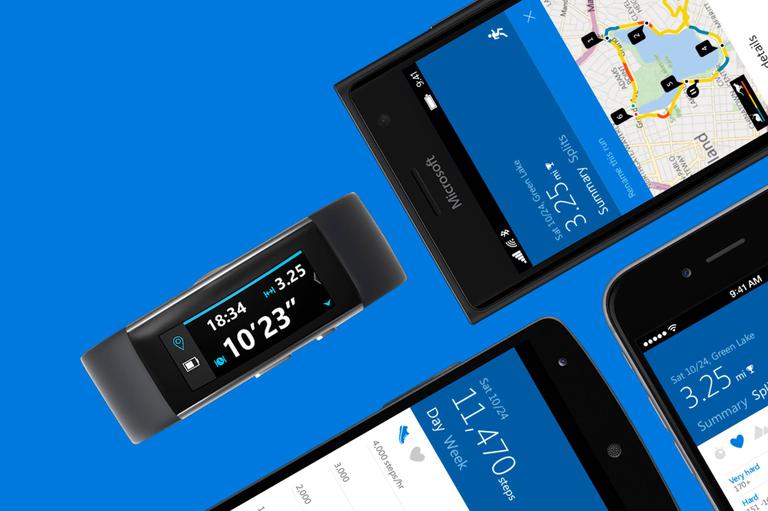 Less than two years ago, a news was saying that five watches and intelligent bracelets per second are sold in the world. I do not know if that figure is accurate, but it is true that it is common to find someone who brings an intelligent bracelet or an Apple Watch over. It is no longer something you see only on television in YouTube videos or Twitch retransmissions. Wearable technology is between us and the smart bracelet is the star, do or do not make a sport. Of course, you hardly see a Microsoft Band out there.

Currently, and as it happens with the smartphone or smart phone market, the cake is distributed between two software platforms: Watchos, exclusive to Apple Watch, and Wear OS (formerly Android Wear), installed on different brand models such as Samsung, Fitbit, Xiaomi or Sony. For citing the main manufacturers. In 2020, the Wearables market had a value of almost 28,000 million dollars. And for 2026 it is expected to reach the number of 74,000 million dollars. But one year before the arrival of the two platforms of Apple and Google, Microsoft had already launched its own wearable based on Windows Phone, the Microsoft mobile operating system.

The Redmond wanted to be the first. 2012 is the year of departure of the first watches and intelligent bracelets. The newly created Pebble and giants like Samsung and Sony opened a market that today is in full growth. And Microsoft wanted his part of the cake to advance to the Google and Apple releases. Microsoft Band started his journey very well. To the point that it surpassed Microsoft's expectations, leaving stores without stock. But when they knew how to react, it was already late. The success of the Microsoft Band was brief but intense. Microsoft did not have enough patience to continue the project, which left in 2016. Two years after the launch of his first Microsoft Band and one year after the launch of the second.

The story of smart watches and Intelligent bracelet goes back to the 70s, when the first digital watches arise. But that is another story. The point of inflection in which the stage of what we call wearables begins and that stands out for the bracelets and smart watches is 2012. Between April and May of that year, a Kickstarter project receives 10'3 million dollars to start up Smart Watches. The name of the manufacturer is Pebble, a small startup that wants to face the big ones.

Thanks to the money invested, his first model will see the light in 2013. The Pebble was a smart watch with a 144x168 LCD screen pixels In black and white. It had vibration, magnetometer, light sensors and accelerometer. And via Bluetooth communicated with Android phones and iOS. To load it, it used a modified USB cable. Its battery could last up to 7 days and was resistant to water. As for software, he used his own OS operating system.

And although Pebble went down the blinds at the end of 2016, he opened a path that took advantage of the main watches and intelligent bracelet manufacturers. The bases were clear in the Pebble. And current devices are all very similar in this regard. Similar designs, hardware packed sensors in greater or lesser quantity according to the product range, smartphone compatibility to configure them, etc.

we said that Pebble launches his smart watch in 2012. The first Microsoft Band will see the light At the end of 2014. First within the US market in small quantities. And when they realized the success, in 2015 they launched their smart bracelet to the whole world. But let's go through parts.

In 2012, in the smartphones sector, there are three large sellers: Samsung, Apple and Nokia. The rest of competitors will still take a little bit to note, and others are still to come. For his part, Nokia, little by little, is going to lose strength. At the software level, Android is already the star, followed by iOS, which is exclusive to iPhone. And among other minor systems, such as Symbian of Nokia or BlackBerry OS, there is one that tries to make room: Windows Phone Microsoft.

The fact is that Microsoft is determined to have your market part in the Mobile sector, boom. On the one hand, with its Windows Phone, before Windows Mobile, which is installed on some models of Samsung and HTC. However, it will not exceed 3'4% market, the highest figure it achieved in 2013. And now that the smart bracelet arises, Microsoft wants its own model. This will be able to weave an ecosystem of devices with Microsoft software.

The device was very Well, if we stick to what the press of the moment says. I had everything to be a last generation wearable. Or as the guardian said, one of the most advanced. So Microsoft puts on sale on October 29, 2014 exclusively in the United States. In your online store and in some physical stores. Microsoft's poor forecast makes the first day run out. Malant forecast or marketing operation? You will also have supplies problems for those Christmas. So in March 2015 it will increase production for its launch in the United Kingdom in April of that year.

A year after seeing the light the Microsoft Band, its second edition goes to the market, the Microsoft Band 2. In addition to selling in the United States, Canada and the United Kingdom, it can be acquired in Australia. On this occasion, the device has an AMOLED capacitive screen of 320x128 pixels. The rest of components are practically the same. Incorporates a barometer and its design best suits the wrist, unlike the first model, more rough.

And although it is still compatible with iOS and Android, it works best with Windows Phone, platform with which you can Reply messages through Cortana, the Microsoft virtual assistant. For the rest, the design of the interface reminds Windows 8, as in the previous model.

However, on October 3, 2016, less than two years after its launch, Microsoft stops Sell ​​your Microsoft Band smart bracelet. It started well but in a year of one year the public lost interest. That and the arrival of Android Wear, now Wear OS, and later by Apple Watch. Fierce competition and little patience by Microsoft who decided to leave a product too soon. Even the failed Microsoft Zune left him more time of existence.

Watching opinions about it, apparently the powerful interior of the Microsoft Band were not up to its outside. A screen that did not fit well to the wrist, an uncomfortable and rigid bracelet. They even came to compare it with a telematic control bracelet for express. Good reviews for your sensors and screen, but bad at your convenience.

All right, Microsoft has continued to support the Microsoft Band sold until recently. It has not been until 2019 that it stopped keeping the associated mobile applications to integrate the bracelet with iOS and Android. That and the Microsoft Health online platform that made the functionalities associated with the intelligent bracelet measurement sensors. And it was even spoken in June 2020 of a patent that led to a future Microsoft Band 3.