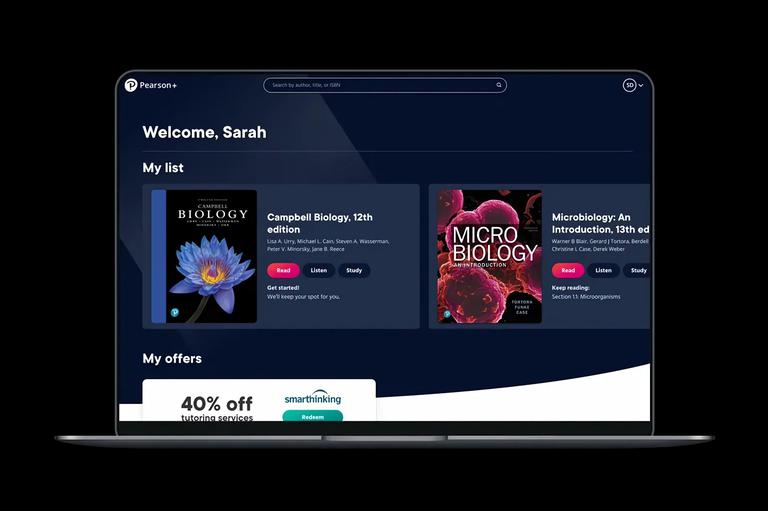 Pearson, one of the most important learning companies in the world, has launched a digital textbook subscription service. The proposal, called Pearson Plus, is like the Netflix of the educational content, but instead of series and films, it offers a wide range of study materials at a low monthly price.

The Pearson file counts With more than 1,500 textbooks of the main authors. The company ensures that now, thanks to the subscription, students will find an enriched learning experience without the need to spend large amounts of money at the beginning of the semester.

Pearson Plus has two levels of subscription. The first, $ 9.99 per month, offers a textbook per month. For those people who need more content, the second level, from $ 14.99 per month, provides access to the full library. Likewise, in both cases, the company provides additional study tools.

The British company ensures that Pearson Plus has been developed in collaboration with students. In this sense, they have adapted the subscription model to solve the main needs of those who want to obtain good learning outcomes, but are focused on the affordability of tools and textbooks.

on both subscription levels , It is possible to consult the textbooks through the Pearson Plus application for mobile phones and computers. This allows you to download the books to access them offline. Also, updated versions of the texts are offered, at no additional cost.

Pearson offers an improved text librase query experience thanks to its function of Pearson Etexts, which provides audio versions of the contents. Also thanks to the possibility of creating annotations and cards that facilitate the organization of those who study, as if they were in front of a physical book.

At the moment, the Pearson Plus subscription service is available only in United States. In that country, the average cost of a book is between $ 40 and $ 50, although they can get used textbooks much cheaper. The payment of $ 14.99 per month could be a good option for many students.

Pearson is not the first editor to try a proposal like this. In the past, Cengan presented a similar platform for a price of $ 69.99 for four months. However, some authors accused him of affecting his royalties. Pearson assures that they took care of this topic before launching their service.