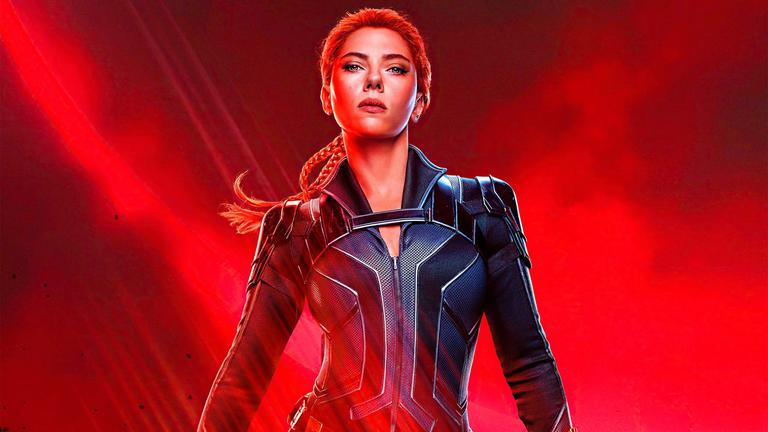 The demand of the actress Scarlett Johansson against Disney is not an isolated, fortuitous or accidental fact. This is the inevitable reaction to a series of increasingly uncomfortable situations between actors and studios, with a complex result.

For now, Scarlett Johansson's decision seems to open the pandora box of a phenomenon that will not culminate with the case in court. There are consistent rumors that Emma Stone and Emily Blunt are considering similar action. The decision to equate film and streaming premieres seems to have caused a complicated schism to solve.

In particular, when the actors and actresses begin to understand that the return is very unlikely to the screens at movies, at least in the near future. In several countries, the Delta variant of the Coronavirus is causing the sanitary measures to be very strict again. A fact, which will undoubtedly impact on the return to rooms. And especially, how the cinematographic landscape is perceived under the impact of the health emergency.

It is difficult to predict what may occur to medium or long-term with the exhibition at movies. At present, the streaming continues to be the best option to avoid substantial losses in production and net collection. It is more than likely that mixed premieres continue to be the norm.

It is a situation that would cause the reformulation of standard contracts with more than two years. In addition, from now on, the studies must take the gain margin on the different platforms, when negotiating with talent.

suddenly, it seems that the panorama of relationships between actors and Actresses has become unpredictable. The panorama could affect the decisions of the studies at the time of deciding if great premieres will come to the streaming video platforms. That, in the middle of an increasingly complicated, hard and volatile scenario of the film industry.

More than a year ago, Warner Media took the first step to equate traditional streaming cinema. The simultaneous premiere in rooms and HBO Max of the most anticipated films of the study, shook the foundations of the industry. Immediately, there were angry reactions.

Christopher Nolan was one of the best-known voices that complained about him considered a maneuver that affected the return to the cinema. Also, there were concerned comments from Denis Villeneuve, director of the expected Dune and Patty Jenkins. Everyone expressed their concerns about the future of cinema designed for the rooms and, also, production as a whole.

Until now, the result of Warner Media's decision has been mixed. The same as the experience of Disney Plus, which shortly after the announcement of his competitor, decided to premiere Mulán under the same scheme. The Remake of the Animated Classic had a disappointing performance in both rooms and streaming. And, in fact, those run by Mickey still does not offer clear figures on what happened with the film.

However, the case of Black Widow is especially worrisome. The film is the first of Marvel's cinematographic universe to premiere in cinemas after the pandemic. And although the franchise has maintained the interest of the public with its series in Disney Plus, the return to the cinema is a priority.

There were some comments about whether the decision to release Black Widow of Cate Shortland was correct. After all, it was a film based on a character already deceased in the franchise. Technically, it did not contribute information to the expected four phase. Much more when the arrival at the big screen had suffered several successive delays.

But, in the end, Marvel decided that it would be farewell to one of his emblematic characters, the door to the new stories that will be extended in the medium term. The experiment had warm results. The film achieved an initial collection of 80 million dollars.

But on his second weekend, he had a colossal loss of audience and ticket office. In fact, he has the dubious honor of becoming the film with the worst weekend since Marvel began his successful universe.

However, its immediate premiere in Disney Plus managed to solve the losses. Even the study itself revealed that the tape raised 60 million dollars thanks to the Premier Access to the platform. Like the fourth film to arrive at the service at the same time that the cinema, Black Widow became a considerable success under the format.

according to the demand of Scarlett Johansson, "Disney induced Marvel to break the Agreement, without justification ", an affirmation that reveals contractual problems. The libel also affirms that the action ended "preventing Mrs. Johansson to achieve all the benefit of the agreement." The Wall Street Journal, who detailed the conditions of the complaint in cuts, makes it clear that the actress demands his Inclusion in profits.

The great question posed by the case of Scarlett Johansson and its possible result is obvious. What will happen to the Future Marvel films to be released? In fact, broader yet. What happens with relationships between actors and studies with contracts that do not contemplate the testing and error phase of the mixed system? Hollywood is likely to face an unprecedented situation for which there are few real options.

In July, the president of Marvel Studios, Kevin Feige, commented in an interview with The Hollywood Reporter that the study contracts had changed. If legal links with years and multiple films, contracts would be reduced to short agreements. In fact, FEIGE made it clear that it would be the scheme in all the following productions.

"Now [contracts] will be variable. They will vary from project to project, from cast a cast. Actually, what we want now are people who join, who are excited with the universe, who see the opportunity to create more things. Instead of being enclosed with contractual obligations. "

Of course, although it seems a gesture of generosity, it was perhaps the announcement of what would happen with Scarlett Johansson. It is evident that Marvel begins to consider the possibility of renegotiating specific actions of his crowded cast. What could mean that, from now on, the deals should negotiate their participation in specific films and not their permanence in the saga.

Are the decision with changes in premiere schemes? Until now, the issue about salaries in Marvel has been discreetly debated. Although of course, it is evident that as the universe increased in popularity and power, its actors began to have contracts with greater benefits.

much more complicated is still the fact that the premiere in rooms and profits is still In Streaming they are still an uncertain terrain. Something similar to what Marvel is going through could be produced in the midst of Warner's possible success, future Duology. How will you negotiate the study with the actors in streaming profits on contracts written when the possibility was remote? What do you expect from the actors in limited and seasons?

Scarlett Johansson has more than start a historical judgment. Perhaps too, she changed Hollywood's face to closed doors.