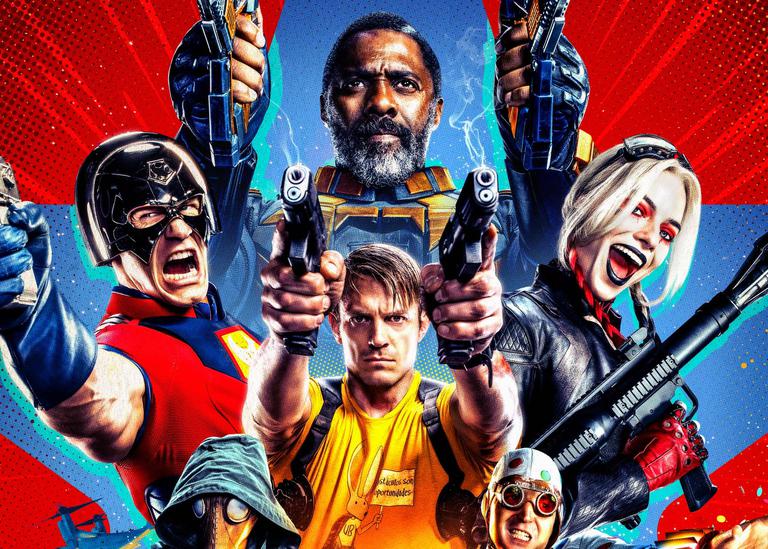 The Suicide Squad of James Gunn is a success for critics, a rarity for superhero cinema. But also, it seems to be about to become one of the best films of the DC expanded universe. The one considered "the impossible film" and that for several years it was an uncomfortable project, found its place. And it did it thanks to the director James Gunn who received all the freedom that David Ayer did not receive in other productions.

In fact, The Suicide Squad is the result of the confluence of several lessons about contemporary cinema. Both Marvel and DC, learned about relationships with the public. Also, how a significant error can benefit the competition.

Between one thing, there is a perspective of considerable importance over what the audience demands and also, what the cinema offers. The Suicide Squad managed to demonstrate that cinema with personality, transgressor and not entirely comfortable, is possible. And it is at the time when the great franchises go through transitions. It is an interesting look at what will come in the future in entertainment cinema.

Recently, David Ayer complained that the Squad Squad version of 2016 that came to the screen was not the one he directed. The information confirms the rumors about the pressure that the director endured during the filming. And also, that the final edition was the result of the demands of Warner executives.

The result was a critical disaster that, despite being a box office hit, caused considerable damage to the DC film proposal. The film lacked sense, order and even internal rhythm, and it was quite obvious that they were several pieces united in a forced manner. It was notorious that, for the study, the need to equate Marvel's success became a requirement. It does not matter if that damaged the main premise of the film or ended up destroying the integrity of the premise.

The same thing happened, but at a much wider and worrisome level, with the Justice League of Zack Snyder. The feature film ended up becoming a uncomfortable combination of pieces of disparate ideas, which in the end damaged the result on the screen.

The disaster was of such magnitude, which caused the already famous campaign in fans's networks. One with enough repercussion to become a milestone of public relations and study. After five years of pressure and Warner tacitly admitted the error, the director's version demonstrated the disparity of criteria in editing. The so-called Snyder Cut is a distinct work that came to the cinema. And also, proof of the restriction of the creative freedom of the directors in the great franchises.

The lesson apparently was hard enough for Warner to try to change the nucleus of the next DC movies. The Suicide Squad made it clear that the study had decided to risk or at least, make broader decisions regarding their productions.

And he did it in the most unexpected way possible: taking advantage of a considerable error from his closest competition.

A few days ago, the producer of The Suicide Squad, Peter Safran, commented that Disney's decision to fire James Gunn, benefited Warner. Of course, he was referring to the controversy that emerged in 2018 due to ancient tweets and caused an immediate reaction in Disney. James Gunn, architect of the success of the Duology of Guardians of the Galaxy, was practically expelled from the study. The reason? A series of opinions controversial in social networks.

By 2018, several things occur at the same time in the great franchises of superheroes. Marvel had become the most profitable Disney cinematographic proposal, which caused creative control to increase. At the same time, Warner Bros. The heroic universe of DC was rethought from home. Between both, there was a great question that no one could answer at all. What was the future of both universes?

Marvel faced the apotheosic closure of his three phase, with Infinity War of the Russian brothers surprising for his premise. At the other extreme, Warner had decided to take Joker from Todd Phillips, an experiment outside the canons of the study. Also, he had premiered with a considerable James Wan Aquaman box office success, completely away from the usual tone of his films.

So the dismissal of Gunn, who came to celebrate the success of Guardians of the 2017 Galaxy II, was a turning point. One that Warner, also, did not hesitate to take advantage of. Peter Safran said, the producer of The Suicide Squadron, who considered that Marvel's decision was "exaggerated" but opened the doors to Warner to experiment.

he expressed it at the Hero Nation of Deadline podcast, in which he spoke directly on the subject. "I think people felt that it was an exaggerated reaction of Disney and Marvel. And ultimately, Disney and Marvel also felt that it was an exaggerated reaction, "Safran said. "Because not long after he signed to make The Suicide Squad (...) revoked him and invited him to return and finish his trilogy [guardians of the galaxy]".

Safran emphasized A capital issue. The fact that Gunn arrived at Warner at the ideal moment to reformulate the premise of him over the universe of superheroes. It was a way to assimilate the lessons learned by failures to achieve something new. As if that was not enough, it was also a complicated tour towards something medullary. Warner not only assumed the possibility of giving a new opportunity to Suicide Squad, but seek the identity of him.

The producer, in addition, made it clear that Gunn represents a specific point in the history of both universes. "It was something terrible when it happened, but Marvel's mistake turned out to be a great benefit for DC and Warner," Safran said. The Suicide Squad has a total approval rate of 97%, which makes it the DC film better appreciated by critics. But also, in the result of a long evolution of Warner and a Marvel Awareness, on its limits.

Does The Suicide Squad will score a before and after in superhero cinema? For now he has already done it by showing that a single decision can change the story of a lucrative franchise. An achievement more than considerable in our time.